In this Current Epidemic Situation All Countries are Blaming and Expressing Their Acute grievance to one Country and In This List India is compelled to reveal more. This Country is Not Unknown to anyone. Everybody Know this Country is ‘China’. And it is natural to be more grievance of India because India is the only country who is Suffering more From China.

In One Side Their creation, Super-lasting COVID-19 , Which have been Suffering the whole countries, Including the India and in the other hand they are making Sudden attacks on the Indian soldiers in Galwan Valley In Ladakh. But This Is Modern India, Clearly Know How To Treat enemy In Contrast. It is Known That Indian Soldiers Killed 43 Or More Chinese Soldiers instead of Their Own 20 Indian Soldiers were Martyred By Chinese Troops at First. 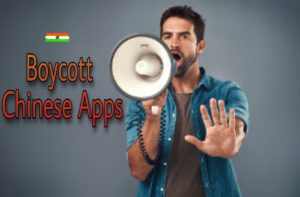 This is not Only a War of Indian army, This is a war of all Indians. Like Indian Soldiers who are busy to obstruct Chinese Troops in Border Side, Indian People’s Too has already started Their Fight By Banning Chinese Products. Meanwhile The Indian Rail Ministry has stopped Purchasing of 491 Crores Chinese Rail Equipment’s. Indian Intelligent Agency has Warned Hardly to People to Stop Using Over 52 Chinese Apps Instead Of others Prized Apps. So that China may Lose Earning Of Huge Money From India. The Modern India Is Ready To Impede Incursive China By Far Who is Dreaming To Be Superpower Immorally.